by neuroscientia
in high IQ, High IQ Society, IHIS, International, IQ societies
0
400
SHARES
2.4k
VIEWS
Share on FacebookShare on Twitter
Is there any real benefits in joining the International High IQ Society (IHIS)? If you are familiar with the Mensa IQ test, there are chances that you’re already informed about what it take to join the Mensa IQ Society – that certified real IQ score of 130+. Yes, just like Mensa, the IHIS is just another one in this family. 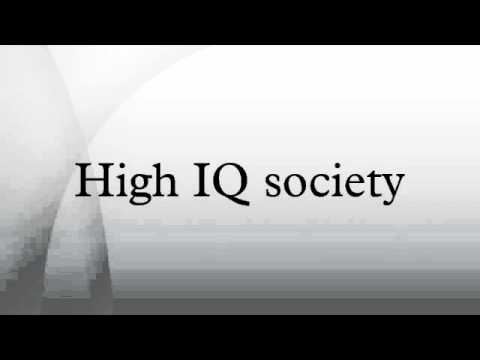 How do you get into IHIS?
Membership is open to people who got an IQ score way up to the top 5% of the population (124 IQ, with the Standard Deviation of 15). Potential participants can be a part of this membership by using the officially certified Culture Fair Intelligence tests preferably on 123iqtest.com or by means of submitting proof of qualifying scores from a previous intelligence.

The IHIS does not accept any unproctored online test that isn’t formally licensed.

Other qualifying tests for instant approval
To qualify using earlier intelligence test, the IHIS requires a proven IQ test score of at the least 124 or a raw IQ score in the highest 5th percentile on any of the IQ assessments scale mentioned below.

Observe that these tests have to be administered by an authorized expert which include a psychologist or identified educational institutions. unofficial online variations of these assessments which you may take unproctored aren’t generic. Make sure you upload a picture or scan of the authentic proof/file with all reliable credentials, complete names and qualifying score.

A replica of your Mensa membership card (if you have one) or a mensa acceptance/rejection letter proving IQ of 124 or higher score.

Reduced annual dues
The membership committee has hooked up a differential annual dues shape for potential members financially not capable to pay full dues. To decide if you are eligible for decreased annual dues, you will have to contact the IHIS.

It is crystal-clear that the IHIS does nothing really to benefit you monetarily but will actually demand membership subscription. So if you are someone who doesn’t really care about this kind of little cost or just looking to affiliate with the so-called geniuses around the world, this might be your game. Also, the fact that IHIS is -6 IQ points lower requirement than Mensa is another plus to belong.

However, if you are looking to be paid some money or get a job directly through this, I’m sorry, you get it all wrong. Yes, you missed the point.

Now what?
If you’re clever, do some things along with your capability and display it. I recognize tons of scientists, researchers, university professors – none of them are members of those businesses. Why pay someone to inform you you’re smart while you already know it?

Those companies are for folks who score high on IQ tests but in no way executed anything as a proof of tangible accomplishment. All they have got is, to expose a chunk of paper from those groups announcing they’re smart.

People that clearly did something with their capabilities have their jobs and accomplishments as a backup. Most of this kind of societies exist for those who did not accomplish something but still want to look intellectually appealing. What do you think?

How to Increase Your IQ to 160

How to Increase Your IQ to 160