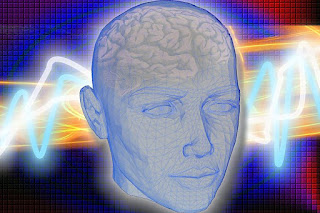 There are several reasons to study a new language, but the ones we hear most often have to do with the best professional opportunities that you can access when you are bilingual.
According to most of the industry analysts, learning a new language is always considered as one of the greatest value additions for students who have just started their professional career or are about to kick start their job hunt.
However, becoming more attractive for companies is a good reason to study other languages, there are other reasons that are also highly valid, such as those that have to influence your mental health.
In this article we have listed the top 5 factors that makes the need of learning another language of paramount importance.
1 – Improves flexibility and cognitive functions
A study published in “The Journal of Neuroscience” revealed that adults who since childhood have spoken more than one language have better cognitive flexibility and greater flexibility to adapt to a new circumstance.
Among others, the professor of Psychiatry at the University of California Los Angeles, Joaquín Fuster, has also highlighted the various brain related benefits of learning languages.
Fuster emphasizes that not only learning a new language improves memory but also strongly develops several of the cognitive functions, such as attention, perception, intelligence and language fluency.
2 – Improve mental agility
Learning a language requires the participation and functioning of many aspects of the brain, which allows bilinguals to change tasks more quickly and easily.
It is also said that people with bilingual expertise are more efficient when it comes to working in a multi-cultural environment.
According to the University of Barcelona professor, Antoni Rodríguez Fornells, “bilingual children stand out for having a better ability to select answers, a greater ability to carry out simultaneous tasks, thanks to the fact that they manage to avoid interference and control behavior”.
3 – Words can be processed faster
People who speak more than one language can process some words faster, especially if the word means the same in both languages which ultimately enriches their overall work performance and specially business communication.
According to a well-researched study published in Psychological Science reflected that bilinguals stop at words that share the same morphological root, so their brains need less time to process more words.
4 – It can be an ally against Alzheimer’s
While anyone can suffer Alzheimer’s and studying a language is not a guarantee that it does not happen, it can delay it if it is to happen.
A study led by the psychologist at the University of York, Ellen Bialystok, found that Alzheimer’s patients who spoke only one language began to manifest symptoms four years earlier than those who also suffered from the disease but were bilingual.
5 – It benefits the resolution of problems
Learning a new language develops creativity and ability to solve problems; and this has been demonstrated in more than one study.
According to a number of authentic research findings, it has been found that multilingual individuals are really good at effectively looking into and solving multiple scenarios.
The International Journal of Bilingualism conducted a study in which 121 children participated, of which half spoke more than one language.
The children were asked to complete exercises related to the repetition of series of numbers or solving mathematical problems, among others, proving that those who spoke more than one language could complete tasks with less difficulty on those who spoke a language.
6 – Learning languages ​​abroad
It is never too late to learn a new language, and experience it practicing abroad can be one of the best and most favorable approach for you.
If you want to learn English abroad, remember that Kaplan, one of the leading travel companies for language learning, has 43 Kaplan International schools in different destinations and curricula adapted to each need.
In addition to that, there are many other resources, study material, institutes and education management consultant that can be highly helpful for you in making the most out of your mission of learning another language.
Some of the Kaplan English courses for which you can choose are the Academic Year or Semester in the United Kingdom, English plus work experience in Ireland or Semi Intensive English in Canada, among others.
Conclusively, it can be easily said that a bilingual individual is expected to dominate other candidates when it comes to applying for study or work abroad.

Author bio:
Lara Hawkins is one of today’s leading online student education management and career planning expert. She started her professional track by engaging with an assignment writing company and gradually progressed in education management consultancy while contributing her ideas to the online public communities.