by neuroscientia
in cognitive psychology, human intelligence, Intelligence Quotient, IQ, IQ full form, IQ full meaning, IQ test
1
399
SHARES
2.3k
VIEWS
Share on FacebookShare on Twitter
The full form of IQ is Intelligence Quotient, a cognitive psychology term that originated since many centuries ago. The full meaning of the IQ has always been literally the result of a division traditionally expressed as  Mental Age (MA)/Chronological Age (CA) X 100 = IQ. 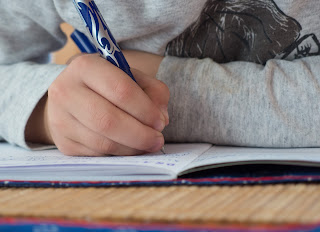 This test was developed to identify children who had serious mental difficulties — such that they would not succeed in the public school system and who might not be placed in the same classes with other students. This test measured things that were fundamental for school success such as understanding and the use of language, computational skills, memory, and the ability to follow instructions.
Individual responses in four main areas:

Gardner thinks there are eight types of intelligence. He believes each of us has all of the eight types of intelligence to varying degrees. These multiple intelligences are associated with how an individual prefers to learn and process information.
Verbal skills: the ability to think in words and use language to express meaning
o Sensitivity to the meanings and sounds of words, mastery of syntax, understanding of the ways language can be used (authors, journalists, speakers, poets, teachers).
Mathematical skills: the ability to carry out mathematical operations
o Understanding of objects and symbols and of actions that were performed on them and of the relations between these actions, ability for abstraction, ability to identify problems and are looking for explanations (scientists, engineers, accountants).
Spatial skills: the ability to assume three-dimensionally; ability to discover the visual world accurately, to operate transformations upon perceptions and to re-create factors of visual experience in the absence of bodily stimuli, sensitivity to tension, balance, and composition, potential to discover similar patterns (architects, artists, sailors, chess masters).
Bodily-kinesthetic skills: the ability to manipulate objects and be a physically adept use of one’s body in relatively skilled ways for expressive or goal-directed purposes, ability to cope with objects skillfully (surgeons, craftspeople, dancers, athletes, actors)
Musical skills: a sensitivity to pitch, melody, rhythm, and tone
o Sensitivity to individual tones and phrases of music, an understanding of methods to mix tones and phrases into larger musical rhythms and structures, consciousness of emotional elements of a track (musicians, composers, sensitive listeners).
Interpersonal skills: the ability to recognize and efficaciously interact with others; ability to observe and make distinctions among the moods, temperaments, motivations, and intentions of other humans and potentially to act on this information (teachers, mental health professionals, parents, religious and political leaders).
Intrapersonal skills: The potential to understand oneself
o Access to one’s personal feelings, ability to draw on one’s emotions to guide and understand one’s behavior, awareness of personal strengths and weaknesses (theologians, novelists, psychologists, therapists).
Naturalistic skills: The potential to have a look at patterns in nature and recognize natural and human-made structures; sensitivity and understanding of plants, animals, and other elements of nature (farmers, botanists, ecologists, landscapers, environmentalists)

This basically summarizes to intelligence in three forms:
Analytical intelligence: the ability to gather and keep information; to preserve or retrieve information; to transfer information; to plan, make decisions, and remedy problems; and to translate ideas into performance.
They are considered smart, get excellent grades, do well on traditional tests, and go to competitive colleges.
Creative intelligence: the ability to solve new problems quickly; the ability to analyze how to solve familiar problems in an automatic way to the mind is free to deal with other problems that require insight and creativity.
How humans approach familiar or novel problems
Compare new records with what they already are aware of and to come up with new ways of putting facts together; to think originally.
Students excessive in creativity may not conform to regular schools. They have a tendency to supply special solutions for which they would possibly get reprimanded.
Practical intelligence: the ability to get out of trouble; The ability to get along with other people.
How humans deal with their environment
How to size up a situation and decide what to do – to adapt to it, to exchange it, or to get out of it
Students excessive in sensible intelligence don’t relate properly in typical schools. They do well outdoor the study room walls with good social capabilities and frequent sense.

Infant IQ exams are a great deal less verbal than IQ tests for older children
Developmental Quotient (DQ): An ordinary developmental score that combines subscores on the motor, language, adaptive, and personal-social domains in the Gesell assessment of infants Bayley
Scales of Infant Development: Scales that determine infant development – modern-day model has three parts: a mental scale, a motor scale, and the infant behavior profile.
Fagan Test of Infant Intelligence: a test that focuses on the infant’s ability to process data in such ways as encoding the attributes of objects, detecting similarities and differences between objects, forming mental representations, and retrieving these mental representations.
The scores on the Gesell and Bayley tests do not correlate quite well with different IQ tests. The factors of an infant IQ test are not identical as the components of other IQ tests.
Unlike the other tests, the Fagan test is correlated with measures of IQ in older children (habituation and dishabituation in infancy predict intelligence in childhood and formative years – faster habituation and higher amounts of looking in dishabituation reflect extra efficient processing).
Intelligence through adolescence:
There is a robust relationship between IQ scores obtained at ages 6, 8, and 9 and IQ scores obtained at the age of 10.
There is still a robust relationship between IQ rankings got in preadolescent years and these received at the age of 18.
However, individual intelligence scores can fluctuate dramatically over childhood and adolescence

Crystallized intelligence: accumulated information and verbal skills, which increase with age.
Fluid intelligence: the ability to reason abstractly, which steadily declines from middle adulthood
Cognitive mechanics versus Cognitive pragmatics (Paul Bates): Cognitive mechanics decline at some point of growing older whereas cognitive pragmatics do not.
Cognitive mechanic (hardware of the mind; speed and accuracy of processing; attention; visual and motor memory; discrimination; comparison; categorization) have a biological/genetic foundation.
Cognitive pragmatics (culture-based software; reading and writing skills; language comprehension; educational qualifications; professional skills; knowledge of the self and coping skills) have an experimental/cultural basis. 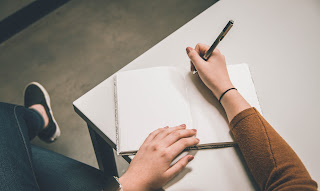 Genetics
Boys and girls have a tendency to be equal in most aspects of intelligence
The average IQ scores of boys and girls are virtually equal
The extremes (both low and high ends) are over-represented by boys.
Girls as a group: tend to be more advantageous in verbal fluency, in writing, in perceptual pace (starting as early as the infant years).
Boys as a group: tend to be improved in visual-spatial processing, in science, and in mathematical problem solving (starting as early as age 3)
The Immediate Environment’s Influence
Attending school makes young people smarter.
Children from households of low SES and these from households of high SES make similar positive aspects in college achievement in the course of the college year.
What about during summer time break?
During the academic year — colleges supply teens of all backgrounds with an equal stimulating intellectual environment.
Over the summer, children from low-SES households are much less likely to have the kinds of experiences that would preserve their academic achievement.

The extra years that young people spend in poverty, the lower their IQs tend to be
Children from lower- and working-class homes average 10-15 points below their middle-class age mates on IQ tests.
o In many countries, children from wealthier homes score higher on IQ test than children from poorer homes. The greater the gap in wealth in a country the greater the distinction in IQ scores
o The chronic inadequate eating regimen can disrupt brain development.
Chronic or short-term insufficient food regimen at any point in lifestyles can impair immediate intellectual functioning.
Reduced access to health service, poor parenting, and inadequate stimulation and emotional support can impair intellectual growth.

Culture-Free: Describing an intelligence test that, if it were viable to design, would have no culturally linked content Culture-Fair: Describing an intelligence test that deals with experiences frequent to a variety of cultures, in an attempt to evade cultural bias.
Raven’s Progressive Matrices
A “culture-fair” or culture-reduced test that would make minimal use of language and no longer ask for any specific statistics.
These matrices progress from easy to difficult items — measures abstract reasoning
Even on culture-fair tests, Euro-American and African-American youth still vary.
Culture can influence a child’s familiarity with the entire testing situation
Even pictures can produce bias – some cultures have more experience with pictures than others
(K.H. Bearce, 2009, personal communication).
Having explained the IQ full form, you might want to explore many more free guides, tutorials on intellectual boosting, creativity, and genius potential; feel free.

How to Train Your Visual Memory with These 8 Fun Exercises