by neuroscientia
in Intelligence, IQ, smart, smart people, stupidity
3
401
SHARES
2.4k
VIEWS
Share on FacebookShare on Twitter
Stupidity is simply another word for ignorance, and in a much broader way,  it could be as awful as being ignorant about one’s ignorance itself. But the truth is, virtually everyone is stupid.

Why Are People So Stupid?

It doesn’t really make any sense to rashly sum up the entire complexity of human behavior in a single word as ‘stupidity’. To the extent that stupidity implies low intelligence,  it is a word which could accurately describe only an aspect of some people, and should not to be taken extremely literally or as a label.

Plus the fact that,

Ignorance is bliss. It simply is. Learning is hard. Knowing is even hardest.

Get this clear, there’s no singular way of being intelligent, clever or smart. Sorry to all you specifically brainy people, but IQ or memory or even creativity each represent only a small slice of possible conditions.

Although western society currently celebrates a precise sort of quantitative and analytical skill as superior intelligence, that doesn’t make it better than any of a host of other attributes.

We’re all familiar with physical manifestations of genius. The difference between most of us and Wayne Gretzky or Joe Montana is at least as remarkable as that between me and any celebrated polymath. To them, even gifted athletes have to seem clumsy and graceless.

Similarly, some people (like Michael Jackson) have a genius for sociability, for what appears like an intuitive grasp of what others think and feel and a seemingly innate potential to create conditions of good will, mutuality, and support. Others might also manifest their genius musically, some people can sit down and write lengthy, coherent narratives with no apparent effort, and so on.

Everybody is a Genius. But If You Judge a Fish through Its Ability to Climb a Tree, It Will Live Its Whole Life Believing that It is Stupid.- Einstein.

Think about it. How many humans virtually recognize the nuances of Evolution, Physics and/or Geology? Few. (We even had a man on this very website, over a 12 months ago lecture how evolution was once”against the laws of thermodynamics”; repeating what he was told–religiously–because absolutely learning about stuff used to be too hard. 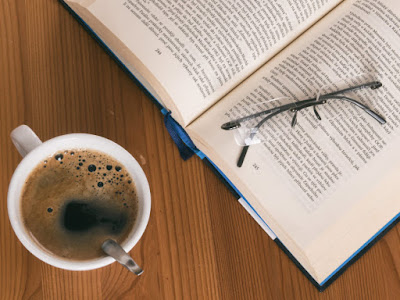 Had he learned, he would have had to make a painful bounce of understanding). They are tough subjects.

Are infants normally happier than adults? Yes. Children are happy due to the fact they are ignorant of so much. There’s nothing weighing them down.

Intellectual gifts are not a choice, but being ignorant is. It is no surprise that so many people choose to live their lives devoid of the pains of learning.

It takes time to analyze and the reward–often times–is a great deal of grief and unhappiness due to the fact your eyes are open to all the pain, suffering and ignorance that surrounds you.

People are stupid because they don’t know. This generally because either they just haven’t had adequate exposure to the things they don’t know, do not want to know or have been traumatized or broken in some way.

In a sense, we are all dumb about something, even many things. Take anyone out of their element and they will probably behave in very stupid and childish ways.

Some people no longer easily learn or accept matters that are strange to them and this is a natural self-preservation instinct, however, as soon as they can be confident that they will not be poisoned or harmed in some way, some people might be open-minded to learning and understanding.

Furthermore, simply because someone knows much less about the structure of the earth does not imply they do not know a lot more about something you may also have no clue about, in that aspect who’s the stupid one? No one really.

There are millions of people who know more about a specific subject than you do, and there’s likely a few topics that you may also know way more than hundreds of thousands of other people. You can’t label anybody as stupid due to the fact they do not have sufficient expertise on the subject.

In another case, some are just plain stuck in fear and see everything they don’t recognize as an enemy, so unhappy but not much another individual can do. Just be cautious as these kinds of attitude can sometimes be dangerous.

How? It usually doesn’t give room for one’s cognitive development, while people make for flimsy excuses as to not learn something new.

The Best Foods to Eat for Your Metabolism