by neuroscientia
in behavioral neuroscience, Cognitive neuroscience, cognitive psychology, IQ, IQ test, Psychology
0
399
SHARES
2.3k
VIEWS
Share on FacebookShare on Twitter
Types of intelligence test that can be administered by a qualified professional e.g. a psychologist, psychometrist and sometimes counselor, are so numerous. 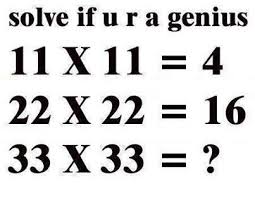 Who Can Administer an IQ Test?

A certified professional, unless otherwise stated as ‘for academic purposes’. Usually, a psychologist who holds a qualification and specializes in a field that includes in its training, psychological testing, and preferably, has been licensed to handle psychological tests can always do such legitimately, be it in private practice, community development or social works.

What Do Scores on IQ Tests Mean?

IQ scores should be considered as relative and not absolute scores. Why? Intelligence Quotients may fluctuate from one time to another, from one situation to another, environmental influences such as hunger, noise etc. may negatively influence or inflate IQ scores obtained at that period the participants were tested. Also, IQ tests should not be biased on the part of its Administrators. Why? The results would tell lie and therefore become invalid.

Shortened to GF, this category of tests categorizes an individual on the basis of his/her ability to solve logical problems independently according to practice, visuo-spatial training, and familiarity.

This is the combination of Fluid intelligence and Crystalized Intelligence in the sense that it relates to short-visuospatial ability, general knowledge (Fluid Intelligence) ; while at the same time, takes into account, long-term memory-related cognitive functions like logical-mathematical forms like physics, and Maths.Specifically, too, we shall discuss different types of IQ tests.

Reiterated, there are a lot of IQ tests, here is a list of the popular and relevant ones. This list shall continue to be updated.