It ‘s no doubt everyone loves hearing about IQ and how to boost their brain: the lie that some quack brain training developers sell to us. Can this be true? 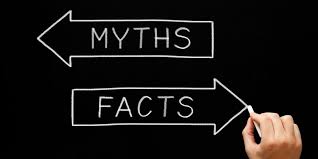 However, not all that glitters are gold. What if the whole hype about intelligence are actually false? Perhaps the media want to kill us by IQ 230 intimidation and anxiety.
Still remember Terence Tao, the supersmart IQer who generated a lot of controversies at this present time. I thought this guy had that 230 scores of IQ as painted with colorful IQ score, from the media until I gave it a second thought.

Let’s look at various ways IQ might actually be a myth and a waste of time.

1. Geniuses are born
This is to say that intelligence is innate and lacks the impact of environmental factors. How true is this? I think this notion is questionable because it is not sufficient enough to prove the definition of genius.

Fact 1
Wait, before you start ranting about it. Geniuses are born just like any other average individual. The notion that ‘geniuses are born’ is not sufficient to prove it right. Why? There are a lot of things apart from the genetic endowment, that makes a genius. Examples are learning from previous mistakes, nutrition, encouragement from others etc.

2. Intelligence is Fixed
Imagine that you are born with IQ of 76 and there is no chance for you to improve that figure. What does it imply? Natural disappointment. If you are religious, then you may think ‘God(s) or Goddess(es) is Partial’ to have given you only an IQ score of 76 and Mr. Terence IQ score of 230, Einstein, 160. Lol. That’s total disarray and non-proportional distribution of IQ that is so rigid against mutation.

Fact 2
Fixed intelligence has never existed and would never. Why? People learn, learn and learn to improve their lives. This is an application to intelligence as well. The principle of neuroplasticity makes sense of this. The human brain does rewire because it is not a robotic fixed mechanism put together in an isolated fashion like robots, even robots are designed to change.

3. IQ Scores Are Absolutes
This parallels the myth of fixed intelligence. Say you have an IQ score of 125. The IQ grace. Lol. “That will define me forever”, you said to yourself. Can this really sustain you for life or can it solve all your life’s problems?

Fact 3
Before you fool yourself, your Mensa result will soon become useless in few hours to the time you took the test. Why? Many things have happened between the time of taking the test and the present time. Does that really matter? Yes, it does.

Why? It matters because of the psychological experience of an individual, called time factor bias and situational bias. Your abstract knowledge about maths, forms, and physics may change their formulas in real life and before you know it, guess what? Becoming dumb slowly.

4. High School Test Measures IQ
You got 80% of possible 100% in SAT and you think that has a long way to go in predicting your IQ high beyond a reasonable doubt.

Fact 4
You lied to yourself. SAT and other test scores may seem to have face validity about IQ, at least, in terms of correlations. Whether this is true still needs verification and research. You may achieve SAT score of 80% of possible 100% and yet have an IQ as low as 81. Why? You studied hard for SAT test.

The brain learned to prepare itself, whereas, many IQ tests may catch you unaware or unprepared. The impromptu test! I have never heard of a situation whereby IQ test takers were being told to prepare beforehand for the test. Definitely, if any IQ test practice involves this, its results aren’t valid to prove anything right except bias, junks, and a waste of time.

5. IQ is the Key to a Satisfied Life
Argh! This one again? 1000 IQ [if ever possible], will buy all the goodies of life, marry a loving wife, enjoy peace in the world better? You can’t be kidding.

Fact 5
How happy is Vincent Van Gogh, even with a much better endowment of creativity than just IQ? How happy are all the Celebrities of Einsteinian and Terence IQ scores? This always makes me want to laugh out my throat. Where is their happiness? Einstein said he derives happiness from Violin. Lol.

25 is the Golden Age for Human Brain to Outperfom Computers

25 is the Golden Age for Human Brain to Outperfom Computers