Techno-Memory: Are We Really the Master of Our Memory?

by neuroscientia
in Brain, memory tips, technology
0
400
SHARES
2.4k
VIEWS
Share on FacebookShare on Twitter
Is our memory compromised by technological progress? While many recent studies suggest that our span of attention and memory processes have been drastically challenged due to new technological developments in our everyday surrounding, should we accept this challenge? 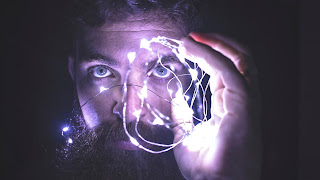 Technology changed us long before the rise of the internet. Our minds perceive tools as extensions of our bodies, which creates a different body map in the brain. In other words, our mind integrates the tools, and consequently, software which we use, into its structure.

This leads to the question of what kind of tools, or precisely, software are we currently facing that so jeopardize our memory and attention?

First of all, the processes used to acquire, store, retain, and later retrieve information are what we call memory. The simultaneous firing of neurons creates a link between them which through repetition creates long-term memories encoded in our brains.

Hypertext and hyperlinks, the fundamental structuring of the internet, actualize this simultaneous cognitive process.

What’s so different about the internet’s hypertextual way of acquiring information is the simultaneity and non-linearity. Everything is at your disposal, all the information are accessible at the same time.

We are, therefore, no longer required to follow the pre-given structure to get to the point, rather, we create our own path of acquiring and linking information.

Brain scans showed that web browsing stimulates larger parts of the brain and enables more complex cognitive processes than reading a book. The choices we encounter on the internet require us to make decisions in order to gain further information, which, in turn, engages important cognitive circuits in the brain.

But what happens as well is the possibility of recreating the written narrative, disregarding its linear structure that brings us to sovereign conclusions. Rather we are free to create our own story and system of beliefs, based on our meandering reading method.

Don’t Be a Tool: Why is it damaging?

Without a pre-given structure, we need to organize the information and create a structure ourselves through a process called memory clustering. However, many users are only passively browsing which leads to problems in memorizing.

As we are still adapting to this technological advancement, those pessimistic headlines can be looked at as reminders that we should be careful and mindful of how we should take control and actively participate in the rewiring of our brain structure.

There are other critiques pointing out the dangers of internet software being used as an external memory, and also those most avowed, of the internet being addictive.
Mastering Memory: What can be done about it?

The charges against external memory have been around ever since we discovered writing. But the addiction to acquiring information is new. 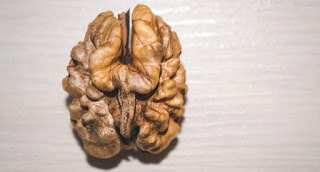 Consider yourself a writer and not a reader when browsing. You are the master of that story and you are responsible for what happens next. If you’re constantly searching for new stimuli, you’re behaving as if someone else is still in charge of your interests and amusement.

As we said, it’s the relationship between neurons that accounts for long-term memory. The pieces of information that are not connected in any meaningful way are empty stimuli which leave us unsatisfied in the end.

Apart from retaking control over the brain’s hardware by conscientiously navigating the external software, there are several other things you can consider if you wish to enhance overall brain function.

Several studies have argued that carbs are responsible for the development of diseases such as dementia, ADHD, chronic headaches, and Alzheimer’s. You can look this up under ‘diabesity’.

Altering your diet, and replacing it for the one rich in fats and good cholesterol can significantly change your brain’s performance and decrease it’s aging process.

Supplements prove to be a successful way of fighting diabesity. The first step you should take before buying any supplements is learning about nootropics. You may want to look at a good example of nootropics.

Exercise proves to be vital to cognitive function since it increases the size of the hippocampus, the part of the brain which is, among other things, in charge of verbal memory and learning. However, this proves to be true only of the exercise such as cardio and aerobics.