Too Much Medical Debts Can Reduce Your Affordability Of Healthcare

by neuroscientia
in Health, healthcare, stress
0
399
SHARES
2.3k
VIEWS
Share on FacebookShare on Twitter
The effects of loans can affect your health in the sense that it will reduce your ability to get health care that you need to stay fit and fine. 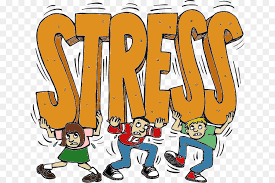 It is the problem that anyone can face whether they belong to a high or low income group and with or without any health insurance of any type and form.

It is seen that for many people the problem of paying off their debts impact their ability to pay medical debts and bills apart from affecting their overall spending ability.

There have been a lot of surveys and studies conducted on the impact of high amounts of debt on the ability of people to get or continue getting their required health care services. According to these studies it is seen that:

• Approximately three in ten or 31% of people facing problems in paying off their debts report that they have to forego their health care needed as a direct impact of their debts.

• The reports show that the problem is even worse with 41% people without any type of insurance facing trouble with their debts.

• In addition to the above, the report showed that only 26% people who were insured had problems with their debts and health care abilities.

Looking into the matter in broader terms it is seen that most of the people carrying a loan or multiple loans were unable to pay their medical bills and skipped health care over a period of one year simply due to the cost factor.

This number was found to be 2 to 3 times more in comparison to those people who did not face any issue with their medical bills irrespective of their insurance status.

The report showed that:

• 43% people having some type of health insurance admitted that they faced financial crunches to pay their medical bills due to the amount of debt they carried and they or any member of their family had to skip a recommended medical treatment or test in the past simply due to the fact that the cost of it seemed to be very high to them to bear. On the other hand, under the same conditions only 13% had no problems to avail a medical treatment.

• At the same time the study showed that about 41% of the insured people faced problems with their medical bills and said that they did not fill any prescription in a year simply due to the cost factor. In comparison, the people who did not have any problems with meeting the bills as well as had a health insurance number only 14%.

• When it comes to dental care, such issues are also seen. People with health insurance numbered to 62% when it came to access to dental care in the past year due to their inability to meet with the medical bills due to their monthly bills to pay off their debt or debts. When compared to those people who did not have such problem the number was a lowly 29%.

This means that debts will have severe financial consequences that will make anyone struggle with their debt payments as well as prevent them from getting the health care needed further deteriorating physical health.

Whether you take out a loan from a traditional bank or any non-banking financial institution or even online lending sources such as https://www.libertylending.com/ or others, it will have severe financial consequences if you do not manage your debts and finance prudently. This will not only make you struggle to make the monthly payments of your debt but also all other necessary expenses including medical bills.

When any person faces debt problems and fails to take on medical treatments or fails to make the payments on time also affects their insurance status. The study shows that:

17% of insured people also said that they defaulted on a loan in addition to the above while a slightly higher percentage of 23% of the uninsured defaulted.

As a result of a late or missed payment on their loan, about six in ten or 58% to be precise said that they have been contacted by the collection agencies in the last 12 months several times. Out of these, those with only medical loans featured 25 percent in comparison to the 20% people who had a combination of medical debts as well as some other forms of debt.

High amount of debt will not only affect your health with reduced health care affordability but will also have several other financial consequences. Studies show that:

• 16% admitted declaring bankruptcy for the same reasons more than a year ago.

• About 11% admitted that they have filed for bankruptcy at some point in their life simply due to their medical bills.

The study also revealed that out of all these people who have declared bankruptcy due to their loan and inability to avail health care services 21% of them had some sort of health insurance and only 14% did not have any such insurance in their name.

Therefore, you can see from the study reports that debt can affect your health as you will have to skip these treatments to save the money to repay your debts.

You will rely more on home remedies or at the most taken on an over the counter drug instead of visiting a doctor. You will be keen to take on less expensive treatments, reduce dosage recommended and even cut pills in half as opposed to what the doctor recommended.

What Is the Impact of Medical Debt on Your Credit Score and How Can You Minimize It?

The Importance of Education Commision for Foreign Medical Graduates

The Importance of Education Commision for Foreign Medical Graduates