How Does Wi-Fi Connect with Your Brain and Kill It?

It seems absurd. Isn’t it? The possibility that Wi-Fi might be deteriorating your cognitive health gradually unto brain dead. You probably haven’t come across any healthcare professional who would actually mention the possibility of Wi-Fi being the reason why you’re finding it so hard to ensure cognitive fitness. 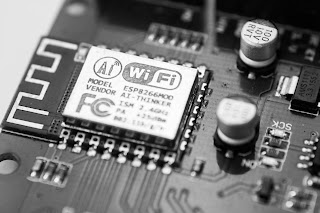 But research has discovered that there is a possibility that the Wi-Fi in your apartment might be part of the things making it difficult for you to sleep.

Technology has become such an important part of our everyday lives, in the form of the television that you use to entertain yourself, the phone you use for social media and to make important calls, the heater that generates heat during winter and the Air conditioner that provides ventilation when the heat is sweltering.

All these technological advancements make life easier for everyone which is why we’ve become very dependent on them.

Wi-Fi is one of these technological advancements, and much more than just making life easier, it is very useful and significant to our modern day lives. Literally meaning Wireless fidelity, it is a way to access the internet or private network using radio waves instead of a physical cable which will impede mobility.

Many people depend on the wireless convenience and mobility of Wi-Fi for a lot of things. In the office, internal Wi-Fi networks allow employees to work from anywhere in the building without being tied to a particular location or desk like cable connections.

Businesses like cafes make Wi-Fi available to customers to draw in customers and engage them. People operating home-based businesses as well as remote workers working for companies or writers working for cheap assignment writing service companies also benefit from having 24/7 Wi-Fi.

With all its usefulness, Wi-Fi, the internet and other technological appliances and advancements have become an integral part of our lives.

As such, it could get very difficult to live without Wi-Fi which is why there’s probably a lot of skepticism surrounding the issue of Wi-Fi causing insomnia or contributing to sleeping troubles.

However, even Scientific American, a renowned publication wrote a piece titled, “Mind Control by Cellphone” to explain the negative effects of Wi-Fi on the human brain.

Now, what really does happen?

Wi-Fi sends signals between devices using radio frequencies by transmitting and receiving data at the Gigahertz speed. When compared to car stereos which transmit frequencies in the Kilohertz (AM radio stations) and Megahertz (FM radio stations) range, we can deduce that Wi-Fi uses a very high rate of radio frequency which produces electromagnetic fields that scientists and researchers are discovering to have health risks.

The IARC (International Agency for Research on Cancer) has even classified wireless radiation among possible human carcinogen along with coffee and carpentry.

However, most people that adhere to the recommended limits to EMF don’t experience the adverse health effects of electropollution which heavy Wi-Fi users experience in the long run.

So, there is a possibility that we can live with Wi-Fi electromagnetic fields if we learn to manage them.

The health dangers of Wi-Fi

Lara Gardner, a contributor at HuffPost wrote a published article where she outlined how she managed to realize that the Wi-Fi connection in her house was causing her to have insomnia.

And it wasn’t until she realized it and started turning off her Wi-Fi connections that she was able to start enjoying her sleep again.

Electromagnetic signals come from phones and Wi-Fi devices and exposure to electromagnetic radiation reduces melatonin and can disturb your sleep and sleeping patterns.

As such, when you’re exposed to excess Wi-Fi pollution (electromagnetic radiation) in which you sleep near a phone, in your home with Wi-Fi, in a building with lots of Wi-Fi signals, you may experience sleeping problems. And people having trouble sleeping can develop other problems such as depression and hypertension.

Research performed in 2018 have revealed that exposure to 4G radiation can reduce brain activity, especially in women. Evidence can be presented via a scientific testing involving 30 healthy men and women volunteers where 15 men and 15 women were given an easy memory test with and without exposure to Wi-Fi.

During the research revealed at the 6th International workshop on the biological effects of electromagnetic fields, it was realized that the women had a noticeable change in brain activity and energy levels.

Another study done with 30 minutes daily exposure to a 2 Hz pulse-modulated radio frequency and 2 Hz pulsed magnetic field showed the negative effects of EMF on the delta and theta as well as alpha and delta activity of the brain, thus, altering brain activity.

Yes, it seems impossible but research revealed that connecting to the internet through Wi-Fi on laptop computers decrease the motility of sperm and contributes to sperm DNA fragmentation.

As such, while Wi-Fi might affect female brain activity, Wi-Fi is a threat to men’s virility, sperm count and testosterone levels.

Apart from sperm, some Wi-Fi wireless radio frequencies can prevent implantation of eggs according to the results of an animal study where mice exposed to 90 hours of wireless radio frequencies at a measured pace of 2 hours for 45 days. It showed cellular damage and change in their DNA structure that would suggest the possibility of infertility or abnormal pregnancy.

Electromagnetic radio radiation also referred to as non-thermal radio frequency, which can be emitted by simple objects littering many houses such as phones, Wi-Fi routers, and baby monitors can severely disrupt protein synthesis and thus, affect children or youth’s growth and development.

As such, Wi-Fi negatively affects a fetus, because fetus exposure to electromagnetic radiation can be associated with children health problems such as asthma and obesity in children.

A test was performed with garden cress plants to determine the effect of exposure to Wi-Fi routers. It was discovered that while plants situated in a room without any Wi-Fi devices grew, the plants growing next to Wi-Fi routers releasing the same radiation as cell phones did not grow. This disturbing research results reveal that EMF can indeed affect cellular growth.

You know that moment when your heart is beating way too fast for no reason, look around, it might be because of wireless networks or a 4G/3G/LTE cell phone.

Although it doesn’t happen to everyone, a study involving 69 subjects revealed an increased heart rate response to electromagnetic frequencies similar to that of someone under stress.

a. Avoid Wi-Fi gadgets when possible. Try to abandon wireless Wi-Fi gadgets such as Wi-Fi kettles or Smart Televisions or digital assistants for simple functions in your home.

b. You can use dirty electricity filters on certain outlets in your home to reduce electromagnetic radiation.

c. Turn off your Wi-Fi gadgets such as your Wi-Fi printers and Wi-Fi routers, two hours before you sleep.

d. Using supplementations like Melatonin and L-Carnitine can help to mitigate some of the effects of Wi-Fi connections. However, it can’t block exposure.

e. Protect yourself from laptop radiation with solutions like the LessEMF, the Belly blanket for mothers, made with Radiation shield fabric or the HARApad Computer pad.

Even though you don’t have conclusive evidence nor understand the long-term effects of exposure to Wi-Fi to the health, you should know that Electromagnetic field activity and radiation can affect the brain activity among other things as well as reduce melatonin production which ultimately, affects our sleep.

So, if you’re having trouble sleeping, you can try to check if your sleeping improves when you use the tips provided above to reduce Wi-Fi exposure.

A talented writer from New York, an extremely active woman, and a real leader. She began her career as a journalist and later proceeded it as an educational writer and editor. Now she works as an expert writer with assignment writers, mostly in the technology digital marketing area. Please do not hesitate to contact her on Twitter.

How to Become Smarter

How to Become Smarter