by neuroscientia
in Education, IQ, IQ and economic status
0
404
SHARES
2.4k
VIEWS
Share on FacebookShare on Twitter
New research indicates that behavior in secondary school is a stronger determinant of intelligence than economic success or a higher salary. 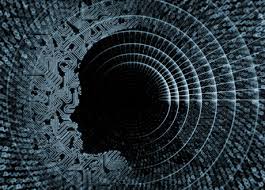 The research has been published by the American Psychological Association based on data collected from 346,660 U.S. high school students in 1960 and follow up research 11 and 50 years later.

The follow-up surveys measured overall educational attainment, income, and occupational prestige.
The research report said, “Being a responsible student, showing an interest in school and having fewer problems with reading and writing were all significantly associated with greater educational attainment and finding a more prestigious job both 11 years and 50 years after high school. These factors were also all associated with higher income at the 50-year mark”.

Most of the positive effects of the high school behaviors remained even when researchers controlled for parental socioeconomic status, cognitive ability and other broad personality traits such as conscientiousness.

“Educational researchers, political scientists, and economists are increasingly interested in the traits and skills that parents, teachers, and schools should foster in children to enhance chances of success later in life,” said lead author Dr. Marion Spengler. “Our research found that specific behaviors in high school have long-lasting effects for one’s later life.”

Most educators will not be surprised that students who are responsible, are interested in school and are able to read and write do well in careers after leaving school. That’s because these students are more likely to have better educational achievements.

But the finding from this massive 50-year study that these behaviors outweigh IQ is a reminder of how important behavior and social/emotional skills are for life success.