by neuroscientia
in Intellience Quotient, Intelligence, intelligence test, IQ, IQ score, IQ test
0
400
SHARES
2.4k
VIEWS
Share on FacebookShare on Twitter
An IQ score of 117 means that you have a superior but only slightly above average intelligence.

Most people’s IQ lies between the score of 85 – 115, these is 68% of the population in the IQ spectrum, and on the curve of normal distribution. 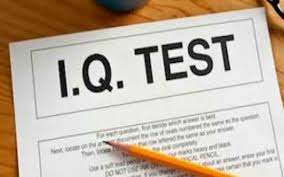 While an above average IQ score is a good thing that could ever happen to anybody, provided that they took the test in an ideal controlled assessment procedure.

Also, a qualified psychologist must have administered it, and should preferably be a paper IQ test, not online test which could flaw the result, it must have been normed on a population sample, and of course, have good psychometric properties (validity and reliability) which are the holy grail in psychological assessment.

1. Hospitals (use it to diagnose intellectual sub-normality)
2. Companies (use it as part of selection criteria)
3. Educational institutions (use it as a substitute for entry and placement)
4. IQ Societies membership (Mensa group, High IQ Society, Pars, etc.)

Is that all about IQ?

Anything you could think about an IQ test is probably what it is but where people do confuse things is the conceptual difference between IQ and intelligence.

When people think about intelligence, what they usually but also erroneously think is cognitive abilities related to mainstream logic, mathematics, linguistics etc., while neglecting even most important aspects like emotional intelligence and creativity reportedly the essentials of success in all ramifications of life.

How to Pass the Mensa Test