Beyond Smart People and Geniuses

by neuroscientia
in Genius, IQ, smart
2
399
SHARES
2.3k
VIEWS
Share on FacebookShare on Twitter
What is that beyond smartness? Is there such thing?
Maybe extra-ordinary but what is extra-ordinary in this context may depend on our definition of it. 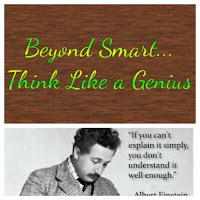 Moreover, highly intelligent people are most often described as geniuses. Examples include Da Vinci, Michelangelo, Mozart, Einstein, Hawkings, Fischer, Wolf, Dawkin to list but few.
So who is an expert? What differentiates an expert from a genius? Simple, experts possess expert knowledge and abilities that is, knowledge most often acquired by ‘devising the means’. Experts derive their expertise from experiences as geniuses but geniuses are somewhat favored by their neurobiological endowment. So while Mozart is a genius who was able to master complex musical structures and compositions at about age 5, Dr. Ben Carson did not begin some kind of mastery until he reached adolescence.

Researchers are now looking for evidence to support the claim that some geniuses have their roots in genetic abnormalities. A frequently referenced case is the assessment of creativity and its schizophrenic correlates of about 82,292 individuals from the general Icelandic population. Robert A Power, MD., and colleague pioneered the study, to read more go to www.scientificamerican.com/…/god–neurons-may-be…
If this is the case why then should we risk schizophrenia because of creativity?

The Value of a Pre-College Program