Top Three Advantages of Ginseng you Need to Know

by neuroscientia
in Health, health psychology
0
399
SHARES
2.3k
VIEWS
Share on FacebookShare on Twitter
Most people who are keen on a healthy body and lifestyle are using Ginseng. Simply put, it is a Chinese medicine that has been used for centuries. It is a very short plant, having fleshy roots and grows very slow. There are three ways to classify it, namely red, white and fresh.

Ginseng comes with several health advantages. The top three are discussed below: 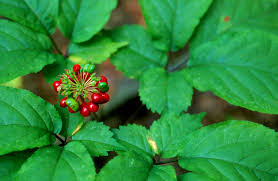 Ginseng acts as a potent anti-oxidant! And hence it has several anti-inflammatory elements. There are ample studies that highlight ginseng extracts can restrict inflammation.

It can maximize the cells anti-oxidant capacity. Studies and research also suggest that Korean red ginseng can minimize inflammation and also enhance the anti-oxidant functions in the skin cells. It is especially true for people who have eczema.

There have been studies where about eighteen male athletes consumed about 2gms of red Ginseng. They consumed it for seven days, three times.  These men were tested of the inflammatory markers.

These levels were much low as compared to the placebo group, and it lasted for almost 72 hours once the test was over. That aside, ginseng also is useful in minimizing the stress and overall fatigue in both males and females.

Regular consumption of ginseng is said to increase memory, elevate the mood levels and also improve overall behavior patterns. Studies conducted highlight that there is a compound K in ginseng that can secure the brain from any damage caused by the free radicals.

There was a study where about 30 people had taken 200mg of the ginseng daily for four weeks. And the result was impressive. These individuals had better mental health, their mood swings reduced, and their social functioning skills improved as well.

So if you have social anxieties, you can opt-in for ginseng under expert guidance based on your diet and need and reap in the advantages.

Ginseng might increase the immune system! Some studies examine the effect of ginseng on the human immune system who had chemotherapy or are undergoing severe surgery.

There were studies where individuals being treated for stomach cancer were also given ginseng along with other medications. Gradually, these patients had seen essential improvements in their immune system. The concerns related to a weak immune system started to vanish with regular use of ginseng.

There are several other benefits of ginseng such as enhancing the digestive tract, cleansing the intestinal health and also helps in your detoxing diet. You can count on all the advantages and decide whether you want to opt-in for this natural supplement or not.

However, ensure that you are sourcing the same from a well-known brand. Read the company’s testimonials and reviews before you make a purchase.

Health in Every Bite: Amazing Nutritional Benefits of Grass-fed Beef

Health in Every Bite: Amazing Nutritional Benefits of Grass-fed Beef