Cognitive Health: Why You Should Care

by neuroscientia
in Brain, cognition, Cognitive Health, Intelligence, learning, Memory, Mental health, remembering, thoughts
0
402
SHARES
2.4k
VIEWS
Share on FacebookShare on Twitter
Cognitive health, basically, is the health of your brain and it’s ability to think, learn, and remember things clearly.
A sound mind, cognition, and memory are such an essential part of our very being that many British philosophers and thinkers about human nature concluded that it’s the most essential building block to our personality. 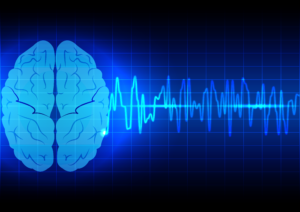 Cognition, in general, is the amalgamation of several significant brain functions like mindfulness, reason, judgment, communication, intuition and the ability to learn and remember. When there are issues with declining cognitive health, they can take many forms.

We’ve talked about what cognitive health is, but what are these cognitive skills? Let’s talk about the types of mental functions that are considered cognitive skills and learn a little about each –

Mindfulness is the sense to choose and focus on important stimulus. It is the method of directing your mind to a particular task and maintaining that focus even when diverting outside factors are present.
It is one of the most vital cognitive skills. We use it all day, every day.

Although in life, you need to do more than simply be mindful and attentive. You have to react!

The ‘response’ is the action or interference of action of an organism which is a result of the stimulation. Therefore, response does not always mean taking action. It may also mean limiting yourself from taking any action and choosing to keep your attention where it should be.

You rely on your memory whenever you’re trying to remember something, be it something from the past or a learned skill.

Memory, as a concept, is the method of recording, reproducing or recalling what has already been learned and has been retained primarily through associative processes. Memory is determined by how long a particular piece of information will be held on to, also called long-term and short-term memory.

Long-term memory is the reminiscence of a vast amount of information which is beyond the person’s immediate past. This kind of memory has an unending storage time.

Long-term memory can further be divided into three sub-types –

– Semantic memory means an idea or a concept which is not formed from personal experience. e.g. ideas and concepts that are known by everyone and are common knowledge

Short-term memory which is also commonly known as working memory is the momentary storage of small pieces of information that generally last for only 15-30 seconds. A person’s short-term memory also works as a filter, it decides what is worth saving and what should be dismissed.

Processing plays a vital part in memory development, as well. It is the capacity to reach memories related to a particular situation, which also includes the speed with which a mental task is performed.

Processing is also the time that passes between obtaining information, interpreting and reacting to it.

The exercises that need processing can range from simple brain games to complex word puzzles. However if you are a beginner, you could take assistance from online unscrambler to solve any word puzzles.

Organizing information includes outlining, planning, problem-solving, sequencing, awareness and anticipation. These are to name just a few.
It is the capability to think, form ideas, and solve problems using unknown information or brand-new methods.

Organizing information starts with planning. Planning means the capability to think ahead in time for the future or mentally preparing to perform a certain task or accomplishing a particular aim.
Problem-solving refers to the ability to comprehend and solve obstacles in cases where a resolution is not instantly clear.

Inductive thinking (or reasoning) refers to the capability to make conclusions from particular observation.

After all this information, one might be concerned about how to keep your brain healthy, mental health intact, stay cognitively fit, improve intelligence, and increase your cognitive supply?!
Well, it’s easier for some people than for others since no two people will ever be exactly the same. And though eugenics set the ground for your mental health, there are always things you can do to improve your brain health and cognitive fitness.

Firstly, it is essential to understand that you need to have a healthy body to maintain a healthy mind. Hence, assuring your mental health depends upon routinely meeting with your doctor, following their instructions, and taking care of any health ailments you may have.

Physical exercises or activity is very advantageous for mental health and cognition. A study observed that some hormones, that are heightened during physical activity, may assist in enhancing memory.

The researchers of the study were able to compare blood hormone levels from different physical activities, and then classify positive impacts on memory capacity connected to exercise. A study in 2013 showed a particular molecule is released during exercise which enhances cognitive ability and shields the brain against deterioration.

A study from 2013 found acquiring new and particular skills while also maintaining an involved social group is important to maintain sharpness as you grow old.
The study shows that less fussy activities like listening to soft music or just doing word puzzles perhaps don’t provide remarkable advantages to an aging mind. This latest study reveals that not all activities that engage one’s mind will improve cognitive function.

Another study, from January 2012, found a program created to encourage cognitive health in older people that also helped with them trying new experiences.

A study in 2013 revealed that participating in arts and crafts since your childhood leads to reform, patents, and improves the chances of starting your own business when you grow up. The researchers of the study say that people who have their own businesses or patents had endured up to eight times more indulging in arts as kids than the others.

In February 2014 a professor of a reputed institution showed conclusions which recognized that the consequences on your health of experiencing loneliness can lead to the decline in your psychological and cognitive health.

His study also found that the feeling of isolation from others is very much capable of disturbing your sleep patterns, increased blood pressure, increased chances of being depressed, and deteriorating overall well-being. All these determinants combine to disturb optimal brain health and functioning, connectivity, and degrade cognitive health.

A study in 2013 by researchers at Harvard found that the brain alterations and developments linked to meditation and the resulting decline in stress might play a crucial role in reducing the rise and risk of cognitive complications as a result of aging, like Alzheimer’s disease and other forms of dementia.

Researchers and Scientists are working to comprehend particular processes of how patterns of “spikes” (electrical pulses) trigger a cataract of alterations in nerves connected to memory and learning.

In a study that was published in 2013, researchers from Israel revealed that situations that are rich in stimulants and problem-solving quizzes and puzzles could be a relevant factor in limiting or preventing the origin of Alzheimer’s disease in people. Not all but definitely some of them.

In 2014, some researchers stated that as less as ten sittings of cognitive coaching can improve an aged person’s logical capacity and processing speed for up to ten years after the whole process or interruption. Though, if a person has received further extra boosting sessions over the following 3 years, the betterment was even more heightened.

Scientists and researchers have known for decades that the mind needs sleep to fortify memory and learning. Some sleep researchers introduced a revolutionary new study that assists in explaining the particulars of how the dormant or sleeping mind masters a new task.

A study in February 2014 discovered a connection between bad quality sleep and diminished amount of grey matter in the brain’s frontal lobe, the area that helps regulate vital processes like running memory and managing function.

Scientists have found that chronic stress and can hurt the brain more than you know. A comprehensive series of new studies have asserted the value of maintaining a healthy mind structure and connectivity by decreasing chronic stress.

Some Neuroscientists at UC Berkley noticed that chronic stress gives rise to long-term alterations in the brain structure, and connectivity which can then, in turn, lead to cognitive health decline. The findings of these researchers might also demonstrate why youngsters who are prone to chronic stress in the early stages in life are more likely to develop mental ailments like anxiety and mood swings later on in life, as well as learning problems in some.

The secret to regulating, optimizing and developing cognitive function and health can conveniently be found in day-to-day practices and activities that work out both regions (hemispheres) of the cerebrum, and also both regions of the cerebellum.

Apart from the above-mentioned improvements, there are a couple more recommended things and habits that you can adopt for improving your cognitive health and intelligence. They are as follows –

Eat healthy – A healthy and a full diet can assist in reducing the chances of onset of a lot of chronic diseases, like diabetes or various heart diseases. There are chances it might also help you keep your mind and brain healthy.

In wider terms, a healthy and full diet comprises of fruits, vegetables, whole grains, meat, non-fat dairy products etc. One should also limit or avoid the intake of solid fats, salt, and sugar. Also, another important thing is to control the portion sizes of your food intake and drink enough fluids.

Healing stones and jewelry – This might come as a surprise for many but there are precious healing stones, rocks, and crystals that help in a thorough cleanse and revitalization of the mind, body, and soul which in turn helps in building and promoting cognitive health and intelligence.

There are healing crystals that especially help with mental clarity like nothing else does. You can make use of the power of gemstones to take control of and master your mind and brain.

Healing stones, rocks and crystals hold various powers within them. From concentrating on productivity and fascination, gemstones have the capability of deriving many qualities and virtues. Crown chakra healing crystals (Amethyst, Clear Quartz, Iolite, Selenite, Citrine, Sodalite, Fluorite, Smoky Quartz to name some) are specifically known to assist with mental development and functioning. Therefore, it is safe to say that jewelry made with the above-mentioned stones will help with clearing your mind and providing better functioning of the mind.

Healing your crown chakra with the help of these gemstones will also help you with mental ailments that might be an obstacle in developing your cognitive health. At the same time, an obstruction in the crown chakra can also give birth to spiritual discomfort and other issues.

Opening and enhancing the crown chakra encourages spiritual insight, attention, focus, mindfulness and most importantly the capacity to live with self-confidence in all the facets and aspects of life. Therefore, it is best advised to carry or wear crown chakra healing stones for the overall betterment of your mental health.