What Other Theories Explain Why We Forget Things? 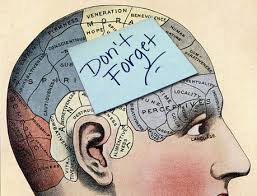 This refers to to improved recall of specific episode or information when the context present at encoding is also present at retrieval. Memory depends on contextual information and this describes the role of a particular place where encoding has occurred on the ability to recall those materials.
In a physical context for instance, you might walk a half way before remembering you want to take something from the house  butt by the time you walk back to where you are coming from, you quickly remember that it is a car key or a wrist watch that you need before going outside.
In another case of context dependent memory, memory may depend on verbal information in order to aid recall. Words influences recall especially when one remember  a word that  triggers the other contextual information  about a holiday he has experienced. Another example is a student  who heard about the word ”matric” might trigger other memories he has about submitting his/her matric number or registration number to a lecturer.
Researchers have been conducting experiments about the context-dependent memory
especially Godden and Baddeley (1975, 2009).

Apart from context-dependent memory, some other factors may be responsible for  the Why of forgetting. Of these factors, consideration would be on state-dependent memory.

This refers to the situation whereby the ability to recall an information depends on internal or one’s physiological state such as arousal level, mood or other physical sensations. State of an individual might be influences by physiology especially when the brain is involved. The Amygdala in the brain regulates in some parts, emotion as it is a part of the conglomerate of cells that makes up the limbic system of the mid-saggital region of the human brain.
Variations in emotion may result from drugs or any substance of agent induced into the body system so that it crosses the blood-brain barriers.
Furthermore, when a person learn materials  while sad, the person must be in  a similar mood as the time of encoding information so as to aid proper retrieval process but if not, recall is with high likelihood to be impaired. An example is if you are anxious during the time of encoding, you should as well be anxious during the time of retrieval.  This state-dependent recall is not far from the popular mood-state dependent recall  since the recall of materials requires the same mood as encoding.
State dependent recall has gone far in the explanation of how internal states influence recall. In the state-dependent memory, the term “mood-congruent effect” is also found viable. It basically explains that the type of material you encode must have a similar mood to the type of mood you are when you want to recall. If you are learning a horror movie then you have to at least exhibit some level sadness. The study of state-dependent memory has been taken up by  Rinck et al. (1992). 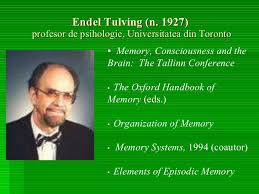 This principle strengthens both context-dependent memory and state-dependent memory. It was propounded  by Endel Tulving and pioneered by Thomson (1973). It has provided a general theoretical framework about  how contextual information affects memory. The principle states that “memory is improved when the information available at encoding is also available at retrieval”
In conclusion, one has to take these memory into consideration so as to gain understanding or more insight as to what we need to do to keep good memories.

Research Questions and Ideas in Psychology

For How Long Would Most Companies Rely on IQ and Aptitude measures?

For How Long Would Most Companies Rely on IQ and Aptitude measures?